Billionaire businessman and Twitter’s new owner, Elon Musk announced the idea of offering “a general amnesty to suspended accounts” as long as they haven’t broken the law or engaged in “egregious spam.”

In a tweet on November 17, Musk is polling users about the idea. It’s unclear how many accounts this potential change would cover but some users have raised concerns that doing so would result in more hate speech and other harmful content spreading on the platform.

Musk has been bringing back accounts that Twitter suspended for violating its rules against hateful conduct, COVID misinformation and glorification of violence. He reinstated former US President Donald Trump’s account after polling users about the idea. Twitter suspended Trump after the Jan. 6 Capitol Hill riots because the platform feared his tweets could incite more violence.

Elon Musk has steadily overhauled the company since his purchase for $44 billion this year.

Musk, who also owns Tesla and aerospace company SpaceX, has been at loggerheads with Twitter even before he took control. He signed a deal in April to acquire the company but then tried to back out of it, leading Twitter to sue him. After months of pretrial skirmishes, Musk closed the acquisition just before a court-ordered deadline. 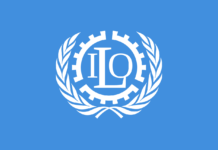