For someone most known for the phrase, ‘you are fired!’ on his long-running larger than a live television show, ‘The Apprentice’, Donald Trump reeling from a painful razor-thin loss in his failed bid for reelection, has resorted to his mantra on the tube by laying off a slew of federal officers within the White House and the executive branch at large.

Trump’s tenure has experienced a dizzying amount of staffing change. The president oversaw a record amount of turnover in the Cabinet and senior levels of his administration, demonstrating a penchant for chopping and replacing top officials as well as swapping existing staff into new roles.

Trump has justified the instability, saying: “We have acting people. The reason they are acting is that I’m seeing how I like them, and I’m liking a lot of them very, very much. Some people have done a bad job, and I let them go. If you call that turmoil, I don’t call that turmoil. I say that is being smart. That’s what we do.”

However, that propensity appears to have been taken a notch higher following his defeat to Joe Biden. The first to feel the brunt is his defence secretary, Mark Esper, replaced by a former army officer, Christopher Miller, who now serves as a senior intelligence official. Trump terminated Esper’s appointment on Monday, weeks after the Pentagon chief clashed with the president by opposing the use of US troops to quell protests in American cities.

The decision was announced on Twitter, where the president wrote Mr Esper “has been terminated” and that Mr Miller would take over as acting secretary “effective immediately”.

Mr Trump fell out with his defence secretary in June after Mr Esper said he opposed invoking the Insurrection Act to send US troops into American streets to quell civil unrest, except as a last resort, as anti-racism protests were sweeping several US cities.

Mr Trump had publicly mocked Mr Esper as “Yesper”, a nickname from colleagues who had previously seen him as a yes-man who failed to stand up to Mr Trump.

Esper also supported a bipartisan congressional effort to redesignate southern military bases that bear the names of confederate civil war officers, some of whom owned slaves. Mr Trump vowed to veto the annual defence spending bill if it contained such provisions.

Resignations are common for high-ranking political appointees of outgoing administrations, but the announcement on Twitter of Mr Esper’s firing was especially unusual. Mr Trump has not yet conceded defeat in the presidential election, and there are still two months before the Biden administration takes office.

“Firing a competent defence secretary with two months remaining in his term is exactly the kind of petty recklessness that made so much of the Republican defence establishment support Joe Biden for president,” said a foreign policy and defence expert at the conservative American Enterprise Institute, Kori Schake.

Since the election, Mr Esper has appeared to distance himself from Mr Trump, telling an interviewer in the independent Military Times newspaper that he had been trying to “make the best out of it” and denied fawning over the president.

Yet, a seemingly ‘wounded’ Trump has warned that the sacking spree could continue. The staffing shuffles have been attributed in part to Mark Meadows arrival in April, which was followed almost immediately by the naming of a Trump campaign spokeswoman, Kayleigh McEnany, as White House press secretary.

Trump’s domestic policy adviser of more than a year, Joe Grogan, left his position in government at the end of May, and he was thereafter replaced by Brooke Rollins, who previously led the Office of American Innovation, in an acting capacity. Trump also bid farewell to his legislative affairs director, Eric Ueland, who took a role at the State Department, promoting his deputy, Amy Swonger, to replace him on an acting basis.

Trump’s digital media director for Mr Trump’s 2016 presidential campaign, Brad Parscale, was fired in July and one month after a senior counsellor to the president, Kellyanne Conway, departed too. This year alone, six appointees have been sacked with more than 30 suffering similar fate between March 2017 and December last year. 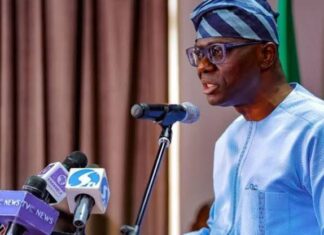 webmsater - November 10, 2020
0
Lagos State Governor, Babajide Sanwo-Olu, on Tuesday announced to the State House of Assembly his intention to repeal the Public Office Holder (Payment of...

The Biden-Harris Agenda for the African Diaspora

I’ve not bought official vehicle for myself since I became governor...